Among his many efforts, King headed the Southern Christian Leadership Conference (SCLC). Through his activism and inspirational speeches, he played a pivotal role in ending the legal segregation of African-American citizens in the United States, as well as the creation of the Civil Rights Act of 1964 and the Voting Rights Act of 1965.

King won the Nobel Peace Prize in 1964, among several other honors. He continues to be remembered as one of the most influential and inspirational African-American leaders in history.

King attended Booker T. Washington High School, where he was said to be a precocious student. He skipped both the ninth and eleventh grades, and entered Morehouse College in Atlanta at age 15, in 1944. He was a popular student, especially with his female classmates, but an unmotivated student who floated through his first two years.

Although his family was deeply involved in the church and worship, King questioned religion in general and felt uncomfortable with overly emotional displays of religious worship. This discomfort continued through much of his adolescence, initially leading him to decide against entering the ministry, much to his father’s dismay.

King was a Morehouse man and when studying for his doctorate, King met Loretta Scott. Scott was an aspiring singer and musician at the New England Conservatory school in Boston. They married in June 1953 and had four children.

King was widely know for fighting to end Jim Crow and his “I Have A Dream” speech. We admire the work he’s laid out for us. King literally put his life on the line for all us to have a taste of what we have today. Martin gave us hope and he fought for doing the right until he was murdered. Martin Luther King, Jr is a Black Icon that will never be forgotten. We can only imagine the struggles of walking alongside King in the 60’s getting spit on, disrespected, beat up, thrown in jail on false charges etc. His bravery is something to respect. Not many people have the heart to stand up against this wicked system and pay the ultimate price for equality and civil rights for all people.

King, you’ve put it down in a major way and this is a tribute article for you and hopefully we can inspire another generation to keep the fight alive. 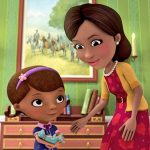 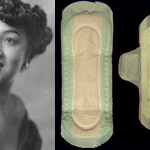