Dr. Hadiyah- Nicole Green is the second African-American woman to earn a Ph.D. in physics from the University of Alabama at Birmingham. She’s also the recipient of a $1.1 million grant to further develop a technology she’s pioneered that uses laser-activated nanoparticles to treat cancer. Testing her treatment on mice was a success and Dr. Green became the first person to successfully cure cancer using nanoparticles.

Green was orphaned at a very young age and was raised by her aunt and uncle in St. Louis, Missouri. She was the first in her family to attend college.

She attended Alabama A&M University with a full scholarship, where she studied physics and earned her bachelor’s degree in physics and optics in 2003.

Green continued her education at the University of Alabama at Birmingham with another full scholarship, where she earned her Master of Science in physics in 2009 and her Ph.D. in physics in 2012. She spent five years at Comprehensive Cancer Center and one year at the Department of Pathology.

Between her undergraduate and graduate work, Green’s aunt, Ora Lee, was diagnosed with cancer, but refused to go through treatment. Green spent about three months taking care of her aunt until she died. However, her uncle, General Lee Smith, was also diagnosed with cancer three months after her aunt’s death. While tending to her uncle, Green watched as her uncle suffered from the side-effects of chemotherapy and radiation, which, to her, seemed little better than what her aunt went through. These experiences led to Green’s interest in developing new cancer treatments. She realized the impact of chemotherapy on the body and wanted to find a better treatment for it. 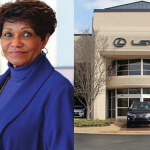 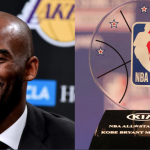