Allen Media Broadcasting, a division of Entertainment Studios, closed on the deal on Tuesday. This move signifies a commitment by Allen to expand his company’s broadcast holdings, reported Deadline.

“Over the past six months we’ve invested nearly $500 million to acquire best-in-class, top-tier, broadcast network affiliates,” Allen said. “We plan to invest approximately $10 billion to acquire ABC, CBS, NBC and Fox television stations over the next three years with the goal of being one of the largest broadcast television groups in America.”

The move is expected to strengthen local coverage and improve the digital footprints of these local stations.

“These stations are dedicated to their local communities and this transaction will enable them to become even stronger on both their broadcast and digital platforms,” USA Television CEO Robert Prather, Jr. said according to Deadline.

Here are the stations covered by the USA TV deal:

Byron Allen is doing some pretty amazing things. Remember recently purchased the weather channel. Byron Allen is an inspiration to us all. 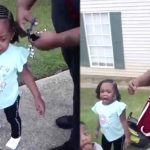 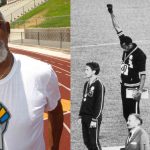