According to TMZ, actress Esther Scott has died at the age of 66 from a heart attack.

A member of Scott’s family tells TMZ, “Esther suffered an apparent heart attack last Tuesday (Feb. 11) at her Santa Monica home, and was later found unconscious and taken to a hospital.”

Scott’s sister Shaun says, “She loved what she did. She would get stopped on the street often and people would recognize her — but they didn’t know her name. Hopefully now people will remember her name, her work and the contributions she gave to the entertainment industry.”

Scott got her start in Hollywood when she gave her voice to the Star Wars: Ewoks series and made one her last appearances in the 2016 film, Birth of a Nation, where she played the grandmother of Nat Turner.

“I prayed to Nana Bridget that I presented her in a way that would honor who she was,” Scott said of her Birth of a Nation role. “Bridget encouraged his [Turner’s] spirituality, his faith.”

She appeared in over 73 films, but was probably most known for her role as Tisha’s grandmother in Boyz n the Hood. She appeared in a plethora of other films including You Got Served, and Dreamgirls. Scott appeared in numerous television shows like “Martin,” “Sister, Sister,” “Beverly Hills, 90210,” “Full House,” “The Wayans Bros.,” “Nash Bridges,” “Melrose Place,” “ER”, and “The King of Queens.” 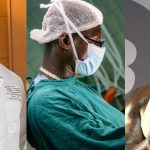 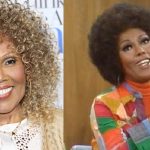