The ACLU of Illinois files a federal lawsuit against six police officers from many departments in the Quad Cities area on behalf of Jaylan Butler, According to to WGN9. This incident initially happened in February of 2019.

According to the suit, on Feb. 24, 2019, Butler was traveling with his team by bus from South Dakota.

“Shortly after 8:00 p.m., the bus pulled over on a frontage road off Interstate 80 near East Moline, Illinois. Jaylan and several teammates left the bus to stretch their legs,” according to the ACLU’s statement.

Police surrounded the area with guns drawn and one officer put a gun to Buttler’s head.

According to the statement, Butler “put his hands up, dropped his cell phone, and dropped to his knees. … While one officer handcuffed him, other officers pinned him to the ground by pushing a knee into Jaylan’s back and pressing down on Jaylan’s neck. Another officer then held his gun to Jaylan’s forehead and threatened to ‘blow his [expletive] head off’ if he moved.”

The statement went on saying that the team’s bus driver and Jaylan’s coach exited the bus to tell the officers Jaylan was part of the EIU swim team.

“The officers quickly realized that Jaylan was not the suspect they were looking for and had done nothing wrong, but instead of releasing him and apologizing, the officers searched his pockets and placed him — still cuffed — in the back of a police vehicle. After several more minutes, the officers released him, but only after forcing Jaylan to provide photo identification.”

The case is pending in the U.S. District Court for the Central District of Illinois.

The office did not respond to WGN New’s request for comment.

According to NBC Chicago, Butler, who was 19 at the time of the incident, told The Dispatch-Rock Island Argus, “My dad taught me at a young age what to do when you are stopped by police officers – stop instantly, put your hands up, drop anything you are holding, and drop to your knees. I hoped I would never have to use this advice in my life, but all that changed in seconds.”

Bus driver Todd Slingerland also spoke to reporters for Dispatch-Argus about the incident.

“I was sitting in the driver’s seat, waiting for the parents to get there, and Jaylan was the last one to get back on the bus,” Slingerland said. “A car screamed in, and I jumped out of the bus, knowing something was going down that shouldn’t be going down.

“As I got out, a second police car came screaming in.”

“The one officer was telling Jaylan they were going to arrest him for resisting, but how could they arrest him for something he hadn’t done?” Slingerland asked. “Their excuse (for taking Butler into custody) was that they thought the bus was being held, hostage.

“I had all the lights on, so the bus was lit up. The bus had EIU on the side, and Jaylan was wearing an EIU jacket. I told them to get the sheriff over there because this was a very big mistake.

“They said the sheriff was busy with an active-shooter event.”

“I was scared and depressed. I remember sitting in class the next day, looking at the bruises on my wrists and replaying the events of that night,” said Jaylan. “Now whenever I see a police officer, I don’t feel safe—I feel scared and anxious.” 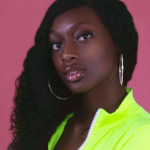