Police have arrested a woman in Pakistan on suspicion of murdering her husband, chopping his body to pieces and boiling it in a bid to get rid of the evidence. Zainab Bibi, 42, allegedly told authorities she killed her husband Ahmad Abbas because he tried to sexually assault her 17-year-old daughter from another marriage. She told police she sedated her husband by mixing sleeping pills in his tea and strangled him with rope before dismembering him.

Police say they discovered her plot after neighbours complained about a bad smell coming from her home. Bibi’s 22-year-old nephew, Zaheer Ahmed, has also been arrested in connection with dismembering Abbas’s body. Pakistan’s ARY News spoke to Bibi from her cell at the Shah Faisal police station, where she said: ‘I killed my husband before he dared to touch my daughter.’ The alarm was raised by Bibi’s landlord, Behzad, who lives on the ground floor of the two-storey Green Townhouse.

Police claim that he found Bibi at the stove, cooking a korma with flesh from her husband’s arm and leg – because she believed it was the only way to practically dispose of his body.

Pakistani paper The Express Tribune said Bibi had been living at the house with her 17-year-old daughter Sonia and Mr Abbas, who she married five years ago and who used to be Sonia’s teacher when she was at school. 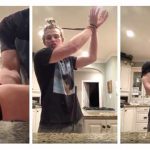 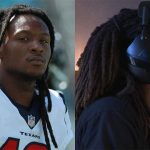