Wealthy Houston socialite Franci Neely was caught on video dragging props and harassing a couple during their child’s photoshoot. It appears this was not the first time the woman confronted people taking photos in her glitzy Broadacres neighbourhood.

Local outlet ABC 13 News reports the parents were taking photos of their 1-year-old on Saturday celebrating her birthday. A barefooted Neely got out of her car, came over to them interrupting the shoot and demanded they vacate the walkway.

The child’s mother, Kelyn Alyssa, scheduled the shoot with a professional photographer. The set was supposed to capture the serene beauty of the neighbourhood and a playful mood with props for the baby.

Alyssa wrote in a Facebook caption for the video recalling the details of her family’s run-in with the socialite. She said the woman came over to them, put her dog down and confronted the couple. The unrestrained dog reportedly came toward the baby who was still on the sidewalk. Alyssa asked Neely to restrain her pet, but the woman declined to do so.

Footage showed Neely bat at the husband’s cell phone at one point. In a fit of rage, the woman proceeded to dismantle the set as she pulled props, slapped balloons and destroyed the couple’s items. 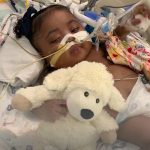 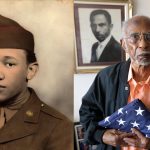