Father-daughter bonds are significant in every way. Kobe Bryant embodied this with the commitment he had to his family. Based on a new revelation, the late great basketball megastar was extremely proud of being a dad to four daughters.

In a now-viral clip, ESPN anchor Elle Duncan dedicated an emotional address to Kobe Bryant on Sportscenter. Her one and only dealings with the late sports figure happened when she was eight months pregnant with her daughter.

“I asked him advice on raising girls, as he quite famously had three at the time,” Duncan recounted. “He said, ‘just be grateful that you’ve been given that gift because girls are amazing.’ His third daughter, Bianka, was about a year-and-a-half old at the time, so I asked if he wanted more children. He said that his wife Vanessa really wanted to try again for a boy, but was sort of jokingly concerned that it would be another girl. And I was like, ‘four girls, are you joking? What would you think? How would you feel?’ Without hesitation, he said ‘I would have five more girls if I could. I’m a girl dad.’”

As Duncan tears up, she concludes her story by revealing, “the only small source of comfort for me is knowing that he died doing what he loved the most: being a dad. Being a girl dad.”

Encouraged by Duncan’s tear-jerking story, dads far and wide have taken to social media to express gratitude for their daughters. And just like that, #GirlDad is a movement that’s growing like with every second.

Through his life, Bryant would often talk about how proud he was to be the father of all girls. In an interview with Extra, the four-time MVP winner joked that “guys keep teasing me.”

“My friends say, ‘It takes a real man to make a boy,’ ” said the athlete. “I’m like, ‘Dude, it takes a king to make a princess… get in line.’ It’s pretty cool for me ’cause its Daddy’s little princesses.”

Kobe and his daughter Gianna lost their lives in a tragic helicopter accident in Calabasas, California while headed to a basketball game. Seven other victims, including the pilot, also died. Memorial sites for the victims have been popping up at the Staples Center, the Bryants’ home in Newport Beach and Kobe’s Mamba Sports Academy in Thousand Oaks. 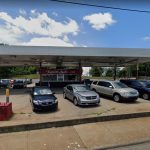 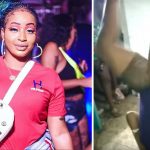