Shari and Simone Cumberbatch, sisters from New York gave birth on the same day and in the same hospital. On top of that, it happens to be their father’s birthday. Even more interesting is that their daughter were also delivered by the same doctor.

The Cumberbatch sisters knew their girls would be close in age, but never thought they’d be hours apart.

“They’re like twins… they’ll be close,” Shari said in an interview with CBS New York.

The newborns grandfather turned 70 that day.

“I always used to say ‘what if, what if it happened,’ not knowing it would actually happen,” the newborns’ granddad Elmo Cumberbatch told CBS New York.

I’m pretty sure these newborn sisters will grow up extremely close. This is beautiful. 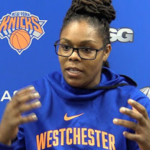 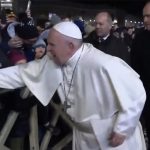