One of the great open wounds of the 1970s black liberation struggle came closer to being healed on Saturday with the release of Delbert Orr Africa, a member of the Move 9 group who has been imprisoned for 42 years for a crime he says he did not commit.

Del Africa walked free from Pennsylvania’s state correctional institution, Dallas, on Saturday morning after a long struggle to convince parole authorities to release him. He is the eighth of the nine Move members – five men and four women – to be released or to have died while in prison.

Only one of the nine, Chuck Africa, remains behind bars.

The nine were arrested and sentenced to 30 years to life following a dramatic police siege of their communal home in Philadelphia which culminated with a shootout on 8 August 1978. In the maelstrom, a police officer, James Ramp, was killed with a single bullet. The move has always denied that any of its members were responsible.

Brad Thomson, a member of Del Africa’s legal team, said the decision to release him on parole “affirms what the movement to free the Move 9 has been arguing for decades: that their continued incarceration is unjust”.

Thomson added: “With the release of Delbert, that leaves Charles ‘Chuck’ Africa as the last member of the Move 9 to still be in prison. Chuck went before the parole board last month and we are optimistic that he will be released in the very near future.”

The Guardian told the story of Del Africa and his fellow Move 9 member Janine Phillips Africa in a series of articles on black radicals who have been incarcerated for decades as a result of their activities in the 1960s, 70s and 80s.

The move was formed in Philadelphia as a group of black radicals committed not only to the liberation from racial oppression, in tune with the Black Panther Party of the time, but also to environmentalist and back-to-nature ideals. They lived, as they still do today, as a family, taking “Africa” as their shared last name.

Over two years, from prison, Del Africa related his story to the Guardian in emails and a three-hour interview. He recounted how he became engaged in the black struggle when a girlfriend introduced him to the Black Panther Party in Chicago in the late 1960s.

Later, he moved to Philadelphia and drifted into Move. He was inside the Move house in Powelton Village in the summer of 1978 when it came under police siege.

The city, under a notoriously brutal mayor, Frank Rizzo, wanted to evict the group on the grounds that they were a nuisance and an affront to public decency.

When the shootout broke out, police went in with guns and water cannon. Del Africa provided one of the astonishing images of the black liberation struggle when he emerged from the house with his arms outstretched, as if on the cross, while a police officer jabbed a rifle in his neck.

Video footage shows two officers throwing him to the ground and kicking him on the head, which bounces between them like a ball. 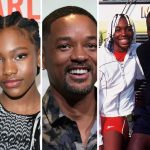 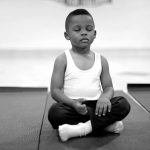