Moore, the son of a Baptist preacher and car salesman, was born in Hackleburg, Alabama, not far from the birthplace of Helen Keller. In 1958, at 27 years old, as a photographer for the Montgomery Advertiser in Alabama, Moore was on hand to photograph the arrest of the Reverend Martin Luther King, Jr. by two policemen. His photos of the event were distributed nationwide by the Associated Press, and one was published in Life magazine. This photo pushed the regional story into a national debate. It also launched Moore’s long, historic career producing images of the civil rights movement for a nation that would be “shocked and shaken in their conscience” by the images Moore put in their hands.

Over the next seven years, Moore made some of the most significant pictures of the civil rights movement. As a contract photographer for Life magazine, Moore travelled the South to cover the evolving struggle. His photographs helped bring the reality of the situation to the magazine’s huge audience, which at the time comprised over half the adults in the United States. 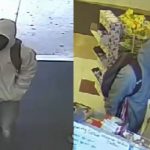