OneUnited Bank, the largest Black-owned bank in the country, has released the Justice Visa ATM/ Debit Card featuring on its face a young Black woman wearing locks with her fist out in solidarity. The artwork was created by internationally celebrated muralist Adonis Parker and was designed to bring awareness to the Trump Administration’s immigration policies that affect countries like Jamaica, Haiti, Trinidad, Barbados, and all African nations.

The debit card was designed to bring attention to how much immigrants contribute to the American economy. In fact, a recent internal study by the Department of Health and Human Services found that immigrants brought in $63 billion more in government revenues than they cost the government.

A 2017 paper by Evans and Fitzgerald, “The Economic and Social Outcomes of Refugees in the United States: Evidence from the ACS” found that immigrants pay $21,000 more in taxes than they receive in benefits. Immigrants are also linked to greater invention and innovation in the U.S.

Even more, according to a recent report by the National Foundation for American Policy, “immigrants have started more than half (44 of 87) of America’s startup companies valued at $1 billion dollars or more.” For many immigrants, business ownership is part of their cultural DNA. Recent studies, including “Achieving the American Dream: Cultural Distance, Cultural Diversity and Economic Performance,” show that immigrants overcome cultural differences and achieve economic success over time, especially in environments that are open to diversity and ready to accept their talents. 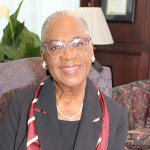 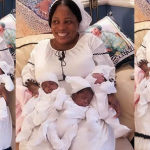