NBA legend Magic Johnson spoke movingly about Kobe Bryant’s legacy on and off the court in an emotional phone interview with CBS Los Angeles.

Kobe Bryant and his 13-year-old daughter, Gianna, were among nine people killed in a helicopter crash near Los Angeles on Sunday

In the heartfelt tribute, Johnson shared moments that he had with Bryant, and reflected on their relationship, his impact on the city of LA and his role as a father.

“We will always remember what Kobe Bryant did on the court. We will remember what he did off the court and for the city. I do not think right now that we can put it into words what he meant for Los Angeles. I will miss him,” Johnson shared.

“When you put on that uniform, the Laker uniform, there was nobody who took more pride in being a Laker than Kobe. It was amazing.”

Johnson played point guard for the Lakers for 13 seasons before he retired. Bryant played all 20 seasons with the Lakers, winning three consecutive championships in 2000, 2001 and 2002.

“He was special. God created a special basketball player and a special man. We will miss him, ” he continued. “He impacted the world. And very few athletes get to impact the world as Kobe Bryant did.”

“We used to talk about being a father and a husband. Things that were special to the two of us. I will miss the conversations that we had,” Johnson told CBS LA.

“We say goodbye to a hero to a legend to an icon. And the guy we will always love and remember in our hearts.” 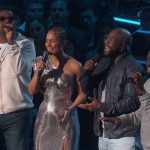 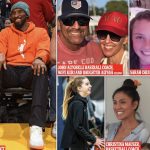