17-year-old Tupac Mosley graduated from Raleigh Egypt High earlier this month. Amazingly he graduated at the top of his class with $3 million in scholarships.

Mostly graduated in impressive fashion with 4.5 GPA despite being homeless.

“When I heard that I got $3 million, I was more than elated and excited and astonished that it was that much,” he told the outlet. Mosley, who was the school’s valedictorian, explained that his family has struggled since the loss of his father this year.

After his father passed, they had trouble paying bills and rent and were evicted from their home.

“After my father gone, [my family] fell behind on bills and we ended up getting evicted from our home Feb. 21 of this year,” Mosley told FOX 13. “So, we went to different homes.”

During a speech at his graduation ceremony, Mosley thanked the nonprofit For the Kingdom, which helps urban youth “get far from city life but not from the city” through camps and workshops, their website says.

Mosley says that For the Kindom’s director gave his family a place to stay at the campgrounds, which, in turn, kept his dreams of attending college alive.

“I knew that I had to make them proud,” Mosley speaking of the people who helped his family during this difficult time.

“I knew that their investment was worth it that and just show them that, yes, everything that you poured into me was worth $3 million and counting.”

“Never let your current situation, whatever circumstances you’re going through,” Mosley explained, “be a mountain that you can’t climb.” 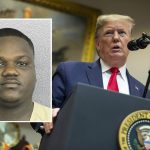 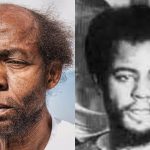