Bryce Gowdy, high school football star was about to play for Georgia Tech on a full ride scholarship. He didn’t have a place to go with his family and checked into a hotel room. Bryce Gowdy and his family were experiencing difficult financial times.

On a Sunday night, His mother says he was acting strange, talking a mile a minute, and kept asking large questions about life. He wanted to know if she and his brothers would be OK in his absence. She sent him to get a blanket from the car, not knowing it was the last time she would ever see him.

About five hours later and a little more than a mile away, his body was found by the train tracks in Deerfield Beach. The Broward Medical Examiner’s Office on Tuesday ruled it a suicide, concluding he deliberately put himself in the path of a freight train.

Rowdy’s death contributes to the roughly two teens in Florida who commit suicide each week, and is the second in about a month to do so by train.

Since Christmas about a week ago, Gowdy had been “talking crazy” and “talking in circles” about life, Gowdy’s mother, Shibbon Winelle, said in the video posted on her Facebook page. He was talking about the things they were going through as a family the last few months since they had been homeless. About the things he had to see his mom go through because they were homeless.

“He kept talking about the signs and the symbols that he was seeing all over the place,” Winelle said in the video.

The 17-year-old Deerfield Beach star wide receiver told his family that he was excited to go to Georgia Tech, where he would pursue a degree in finance or engineering on a football scholarship and one day be famous. But he was miserable over leaving his family in an unstable situation, relatives said. 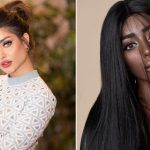 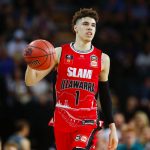