CBS News on Monday apologized for confusing one congressman for another during their evening broadcast.

The network showed a photo of late Maryland Rep. Elijah Cummings, who died in October at 68 when referring to Georgia Democrat John Lewis.

The image of the longtime lawmaker was placed next to a quote from the civil rights icon about his recently revealed battle with stage four pancreatic cancer.

“While I am clear-eyed about the prognosis… I have a fighting chance,” the quote from Lewis said.

“I just saw a MAJOR network have the wrong picture of John Lewis on air! That was inexcusable not to research who is who. #DiversityInTheNewsroom,” Bryant tweeted.

“I know you all think Negroes like alike @CBSNews @NorahODonnell but this is Rep. Elijah Cummings…,” tweeted @coachjimeljones.

Added @Simoneap: “Please do better!! You should know this!!”

Red-faced, CBS Evening News issued the following statement: “Tonight on the 6:30 p.m. ET broadcast of the CBS Evening News, one photograph was misidentified as Congressman John Lewis. We have replaced the photo in all broadcasts and platforms. We deeply regret the error.”

In June, Fox News also mixed up the lawmakers, airing a clip of Lewis and mistakenly labelling him as Cummings during a broadcast of “America’s Newsroom.” 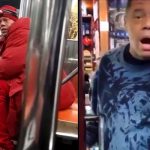 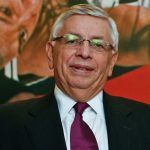