She endured the horrors of the African-American experience — lynchings, riots, the Ku Klux Klan — and worked to ensure that they never slipped from collective memory.

Mamie Lang Kirkland died last month at her home in upstate New York. She was the mother of nine, the matriarch of another 158, a longtime saleswoman for Avon Products, and, at the time of her death, at 111, the oldest resident of Buffalo.

That only begins to describe Ms Kirkland.

She was also the embodiment of the African-American experience of the 20th century, her life’s long journey altered repeatedly by the racial violence and bigotry coursing through the United States. Lynchings, riots, the Ku Klux Klan — she survived it all and spent her centenarian years working to ensure that these realities never slipped from collective memory.

Her life helped inspire the creation, in 2018, of the Legacy Museum and the National Memorial for Peace and Justice, in Montgomery, Ala. Both document the country’s history of racial terrorism and encourage social justice.

Ms Kirkland figures in two of the exhibits, said Sia Sanneh, a senior attorney with the Equal Justice Initiative, the nonprofit that started the memorials. “Her life was such an inspiration to us,” Ms Sanneh said. “It embodied all those things.”

Mamie Lang was born on Sept. 3, 1908, in the rural Mississippi town of Ellisville, the daughter of Edward Lang, a labourer and fledgeling minister, and Rochelle (Moore) Lang, who minded the family’s rented home. Ms Kirkland would remember the large peach tree in the yard, and the strange brew concocted by her grandmother that saved her from a typhomalarial fever when she was near death at age 5.

When she was about 7, her father awakened the family to announce that it was time to leave — some local white men were preparing to lynch him and his friend, John Hartfield. The two men slipped out of town that night; Rochelle and the five Lang children, including a nursing baby, escaped by train in the morning. 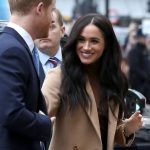 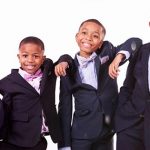