Former President Obama on Friday shared a birthday message to his wife, Michelle Obama, posting a series of photo booth-style pictures with the former first lady.

“In every scene, you are my star, @MichelleObama! Happy birthday, baby!” Barack Obama wrote on Twitter to celebrate his wife’s 56th birthday.

The four photos showed the pair, who were married in 1992, goofing off in a photo booth. One snapshot shows the former commander in chief giving his wife a peck on the cheek. He throws up a peace sign in another.

“American Factory” debuted on Netflix in August and is the first project produced by the Obamas’ production company, Higher Ground. It follows the story of a shuttered factory in Ohio after it is reopened by a Chinese billionaire.

The former first lady has been busy since her husband left office. Her bestselling memoir, “Becoming,” was published in November 2018 and sold more copies than any other book published in the United States that year.

She also announced earlier this month that she will be launching a web series on Instagram’s IGTV intended to “empower and inspire” new college students.

Obama was also named the “most admired woman” in the United States for 2019, according to a poll released last month. 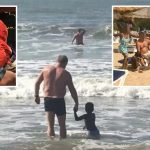 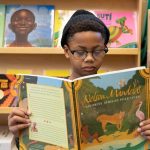