After Proposing To His Fiancee, Houston Man Allegedly Shot And Killed Her Days Later.

Kendrick Marquette Akins, 39, has been charged with the murder of Dominic Jefferson days after he proposed.

After three months of dating, Akins proposed to his fiancee on New Year’s Eve.

He allegedly shot a woman he was dating after an argument, Houston Police Department said in a statement.

Officers responded to a call about shooting at an apartment complex in Houston. The Victim’s boyfriend fled the scene, a witness on the scene reports.

“Akins surrendered to officers at the HPD Northeast Police Station. He was questioned by detectives and subsequently charged in the shooting,” the department said. 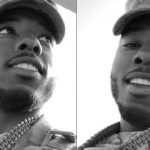 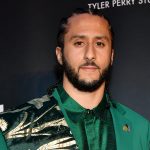