Police have arrested the low life in New York City who tried to pick up and kidnap a girl off a subway train. The low life’s name is Sonny Alloway! In the sickening video that broke the internet, you can see Sonny tapping the teenage girl’s leg, then picking her up and trying to run off the train with her! Once this video went viral, rapper Mysonne posted it on his Instagram account and with-in hours Sonny was found by some Bronx goons and got his ass beat down! According to @pix11news, NYPD found arrested Alloway in the Bronx Monday. He has been charged with unlawful imprisonment, according to authorities. 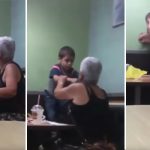 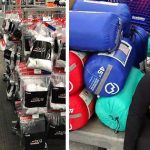