Three heroic schoolchildren aged 12, 13 and 14 saved a man who had a rope around his neck and was trying to jump off of a bridge.

The boys were on their way back from school at the time and they saved the man’s life while he stood on the edge of an A10 overpass in Waltham Cross, Hertfordshire on September 21 last year.

Devonte Cafferkey, 13, and Sammy Farah, 14, rushed to grab the man and persuade him not to jump while their friend Shawn Young, who was 12 at the time, called for help

The boys are now set to be presented with national awards.

While they tried to stop the man jumping and talk him out of suicide, he passed the boys his mobile phone saying ‘if it rings, don’t answer it’.

The boys later appeared on This Morning and spoke about the incident with hosts Phillip Schofield and Holly Willoughby.

On the show, Devonte Cafferkey said: ‘Yeah we were the first to arrive. We were persuading him not to jump. He was crying and wiping his eyes. We said, “You’ve got family and stuff, it’s not worth it”.’ 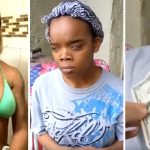 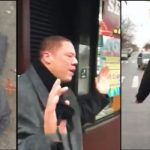