History was made at Syracuse University on May 12th, as the University produced its first woman of African descent to graduate with a PhD in History. Speaking with The Black Detour, Soljour disclosed that her six-week study with the Paris Noir program motivated her pursuit of a PhD in history.

“I was an incoming sophomore and participated in the six-week program in Paris. A key component of the program was an independent research project that included interviews and an original proposal. After completing my paper, I was left with more questions than answers and deciding to pursue continued research through a PhD program,” She said.

Becoming aware that she was embarking on an unprecedented feat at the University, Soljour noted that “there’s still an enormous amount of work to be done in the field to foster new and sustained generations of Black historians.”

She was also the only Black student for most parts of her study, and this made her sojourn lonely, Soljour admits. To check this negative ambience, she embarked on establishing “stronger connections with community partners for that sense of a broader inclusivity.”

The scholar is set to render her dissertation into a published book, and hopes to further the knowledge base on transnational immigration policy and acculturation research. 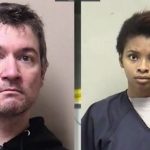 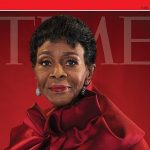