Antoinette “Toni” Harris, at just 22 years old is the first woman ever to attend college on a full football scholarship. The journey was not easy, she’s had to overcome obstacles from gender, build down to a fatal illness she was diagnosed with. She even dreams of being the first woman to play in the NFL.

she was discovered at ELAC. https://www.elacathletics.com

She was born in raised in Detroit and has always been a football fan. Although she also enjoyed cheerleading and track-and-field, she loves football the most.

In the beginning, she watched her cousins play until she decided to play football in school. In high school her teammates weren’t really accepting but they eventually warmed up to her. “But once they did, they were loving, they were supportive — and eventually everybody else got on board.”

She still doubted herself even after winning homecoming queen in her senior year. She learned to accept her smaller size and age compared to her male teammates.

“At the end of the day, I told myself, ‘I cannot allow myself to live in fear.’ You don’t really live if you live in fear,” she said.

She was diagnosed with ovarian cancer at the age of 18. She lost half her body weight and went through remission later that year.

People told her she couldn’t move from high school football to college but she pressed on anyway. Harris enrolled at Golden West College and played as a free safety.

After just two years of college football, she received dozens of scholarships to play. Most recently, she marked history as the first woman to sign a letter of intent for a four-year college football scholarship. Central Methodist University is the school she chose to accept the scholarship.

Her fascinating story caught the attention from huge companies. Toyota featured her in an advertisement that premiered in their Super Bowl commercial.

After college and her football career she plans on becoming a “homicide detective with a background in forensics.” 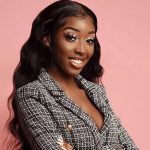 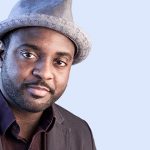