Janet Easley has been serving Thanksgiving dinner to thousands of people in central Indiana every holiday for the last 38 years.

She says everyone is welcome to the Turner Family Thanksgiving Meal, which will be held at three locations across Indianapolis this year.

This year will be no different, as she makes the final preparations for the meal, which consists of traditional Thanksgiving fare.

And Easley doesn’t forget the treats: sweet potato pie will be served for dessert.

Easley doesn’t do it alone; she has help from 200 volunteers, plus inmates from the Indiana Women’s Prison who cook the turkeys.

Easley fed nearly 10,000 people last year, and she expects close to the same number this year.

“I feel content, when I know that I did something to make someone happy,” Easley says.

Dinner will be served from 11 a.m. to 4 p.m. Thursday at the Watkins Family Center, Harpers Bar & Grill and Sunrise Missionary Baptist Church. 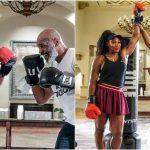 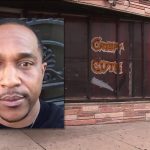