After gracing us with a plethora of films, TV series and stand-up comedy specials, Kevin Hart has curled out one more golden nugget for us to enjoy before the year is out.

Hart’s new docuseries, titled Don’t F**k This Up, is available to watch now on Netflix, and – according to the comedian himself – the reaction so far has been ‘unbelievable’

In the docuseries, Kevin and his wife open up about their lives, relationship, family and the difficulties they have faced together. Kevin, for example, cheated on his wife Eniko in 2017, just a month after their son was born. While in 2018 the comedian faced huge backlash and lost his position as host of the Oscars when homophobic tweets came to light.

And while Hart has expressed his gratitude to fans and viewers of the new series on social media, calling himself ‘an open book’, ‘transparent’, and saying ‘it’s all about growth’, others have noticed a certain scene in the docuseries in which the 40-year-old doesn’t come across quite so positively.

Social media users have been sharing a clip which shows Hart on his private jet with a friend and personal trainer Ron Everline. It seems, while playing cards together, the pair start arguing, with Hart asking Everline: ‘Do you even know what wealth is? Are you rich? Would you be okay if I ended all this today? Do you even own a home?’

Everline responds by saying: ‘You’re not the only client I do this for. I had money before you and would have it after you.’ But Hart presses on, replying: ‘You’re not wealthy, answer my question do you have a home?’ 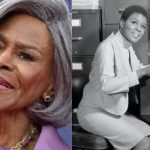 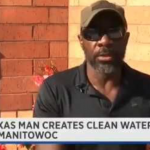