Johnny Lee Vann Jr., a 35-year-old father from North Carolina lost his life trying rescue two of his seven children from rough waters at Wrightsville Beach. Two of his children were on a jetty wall and were swept by the wave.

Vann was able to rescue one of his children but didn’t resurface after going back to save the second. Vann was underwater for about 30 seconds before responders rescued him and the other child. However, Vann could not be brought back to life.

“We came from church and we went to the beach to have fun.We wound up having a tragedy. You couldn’t ask for a better person,” Johnny’s wife Dawn Vann told WWAY. “You could have taken anybody else,” she said. “I would’ve preferred to take me than him.” “He never hesitated,” she continued, speaking of her husband’s bravery. “He threw everything down – phone keys and ran out there.”

“They could’ve easily saved him, he said, ‘Forget about me. Get my kids!’ He didn’t care about nothing else,” Vann recalled. Andre Nel, a fishing captain, who witnessed the tragedy said: “I saw an African American gentleman sprinting towards the beach. And he dove into the water and went straight for the kid that was in the water.

“If there was a lifeguard station right here yesterday, this would not have happened.” According to Nel, there are not enough warning signs for the high tide on the jetty, along which the children were walking.

“His spirit is still alive and we’re all going to remember him as a hero.” Meanwhile, the family has now set up a fundraising page to take care of the last office’s expenses. 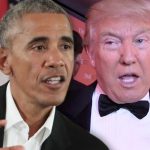 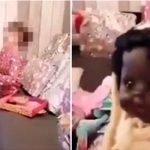