Ramsey Orta filmed the killing of Eric Garner. The video travelled far, but it wouldn’t get justice for his dead friend. Instead, the NYPD would exact their revenge through targeted harassment and eventually imprisonment — Orta’s punishment for daring to show the world police brutality.

“They know this is how to kill me, by getting me to kill myself.”

Orta shared that after his 2015 arrest he was taken to Riker’s Island where he became an immediate target of CO’s who told him during intake, “you’re ours,” and “not so tough without your camera.”

“They f**k with my food,” he revealed. “They know I won’t eat what they give me, not since Rikers.”

During one incident, Orta recalled watching inmates vomit blood from eating meatloaf (which he refused to eat) that was later found to be sprinkled with rat poisoning. Court documents filed a week later reportedly stated that the inmates suffered nausea, stomach pains, blood vomiting, dehydration, bloody diarrhoea and nosebleeds.

According to Orta, he’s being harassed by CO’s and written up for small infractions, leading him to lose privileges. For example, Orta shared that he was punished with 60 days in solitary for smoking a cigarette in the wrong area of the prison. In another instance, CO’s inspected his cell and destroyed food items sent by his girlfriend. “They know this is how to kill me, by getting me to kill myself,” he said.

Orta doesn’t attempt to paint himself as having a perfect image. He’s a repeat criminal offender and admits to selling weed, pills, cocaine and other drugs, but he believes that police put him behind bars in 2015 on a “ridiculous” gun charge as a means of retaliation. According to Orta, cops pulled upon him in an unmarked van and arrested him after he sold weed to a 17-year-old girl. Police claim Orta was arrested during a stakeout, and that he was seen stuffing an unloaded .25-caliber semiautomatic weapon in the teenager’s pants. The gun had no bullets, no clip or fingerprints and was reported stolen in Michigan over a decade ago.

“I’m smart about certain things. I’ve been on the streets doing my dirt for a long time. So you have to understand how ridiculous this gun charge is,” Orta explained. “There’s no chance I’m dumb enough to give a girl a gun out in the open like that. The cops had been following me every day since Eric died, shining lights in my house every night. You think I’m walking around with a stolen gun that now they say wasn’t even loaded?”

Orta claims that a cop told him that he was better off committing suicide rather than being locked up with authorities controlling his every move. His mother apparently received a call that he was suicidal, which he believes was a tactic to kill him and make it look like a suicide. As a precaution, Orta made a video stating that if he dies in jail, it wasn’t by suicide. After posting bail from his initial bust (he pleaded not guilty to gun charges), Orta’s home was raided by police and his mother and brother were subsequently arrested for allegedly assisting in his drug deals.

Though he initially wanted to fight the charges, Orta took a plea deal to get the charges dropped against his mother. He is scheduled for release in December 2019. 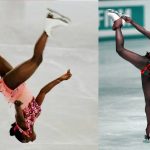 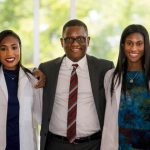