In a historic legislative move, California’s Gov. Gavin Newsom enacted a law that makes it illegal to discriminate against students and employees with natural Black hair. Often the target of unequal treatment over their natural hair, black students and employees have over the years turned to artificial solutions to make their hair align with social norms. This new law might just be all that’s needed to reverse the trend.

The case study of Chastity Jones brings this discrimination to the forefront. In over a 5-year long legal battle, Jones sought redress over the fact an employer refused her a call center job because she didn’t accede to a haircut.

In 2013, Jones took the company to court over discrimination and lost wages. She had her claims dismissed. An attempt by the NAACP to move the case to the Supreme Court also failed. Jone’s case is not uncommon.

Faith Fennidy, a sixth grader in Louisiana was ejected from school for wearing a hair that ran counter to school policy in 2018. Not long after, athlete and high school student Andrew Johnson was told to take off his dreadlocks or not compete in his school.

“What happens is, your natural hair is one way and you think you have to change that to go into a work environment — because the view of what’s professional is different than what your natural state is,” said Esi Eggleston Bracey, leader of CROWN coalition, an organization aiming to protect women who suffer discrimination because of their natural make up. New York could potentially follow California’s move, with the bill now awaiting the Governor’s signature having passed both houses of legislature in the state. 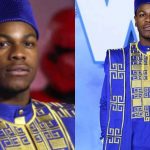 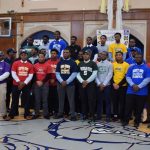