Donald Trump has been impeached by the US House of Representatives, becoming only the third president to suffer the ignominy in American history.

Two articles of impeachment were voted on, splitting almost perfectly along party lines and underscoring the partisan nature of the drive.

It handed Mr Trump one of his darkest days in office, with one of the two bodies that make up the US Congress now formally agreeing he should be kicked from the White House.

The final decision will lie with the other, the US Senate, which is set to hold a trial in January about whether he should be convicted and removed from office.

Given the Republicans hold the majority there, that looks unlikely.

Every Republican House member voted against both articles, underscoring how Mr Trump’s party has rallied around him at this moment of immense political peril.

Two Democrats defied the party leadership and opposed the first article of impeachment, and three opposed the second article. That will complicate their attempt to frame the decision as one beyond party politics.

The vote plunges Mr Trump into uncertain political waters. No president has ever got to stand for re-election after being impeached, let alone won.

Andrew Johnson, who was impeached in 1868, failed to win his party’s nomination again. Bill Clinton, impeached in 1998, stood down when his second term ended in January 2000.

Responding to the result, Mr Trump told supporters in Michigan: “It’s so much fun, they want to impeach you. It doesn’t really feel like it’s happening. And by the way, we did nothing wrong.”

Earlier in the day, Democrats and Republicans clashed over whether the US president’s behavior in the Ukraine scandal warranted removal from office during the lengthy and raucous debate.

Mr Trump’s opponents said his attempt to get Kyiv to investigate his political rival Joe Biden effectively betrayed his oath of office, undermining US national security for his personal benefit.

They argued his “reckless” behavior amounted to an abuse of presidential power and warned that Mr Trump was acting like a “king” or tyrant in believing he should continue in the Oval Office. 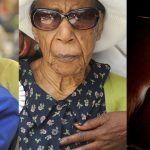 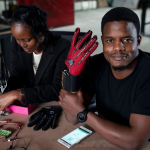