Kid Rock verbally assaulted Oprah Winfrey in an on stage rant where he told her to “suck his d*ck sideways.”

TMZ has received footage from the event in which Kid Rock says “Fuck Oprah Winfrey! Fuck Kathie Lee Gifford!” and that Oprah Winfrey and Joy Behar can “suck dick sideways.”

“I’m not a bad guy. I’m just an honest guy that says, ‘Hey, I don’t like Oprah Winfrey or Joy Behar. They can suck dick sideways.’ Sorry mom,” Rock begins his rant. “The ‘Hey, you’re fuckin’ racist,’ I’m like, ‘You’re fuckin’ weird.’ And, ‘You call your people, I’ll call mine.’ Like, what? This is fuckin’ weird, right? Fuck Oprah Winfrey! Fuck Kathie Gifford!”

He continues: “I’m 48 and I’m the guy that you want to be like — ‘Hey, I want Kid Rock on my side!’ I’m not the bad guy in the equation. I’m the fuckin’ guy you want, like, ‘Hey, he’s pretty cool.’ Oprah Winfrey is like, ‘Hey, I’m gonna get some white women to believe in this shit.’ Fuck her! She can suck dick sideways. And if you say that, you’re like, ‘Hey, well, pretty sure Kid Rock’s a racist.’ I’m like, OK, fine. Fuck off. Sideways.” 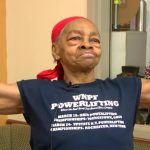 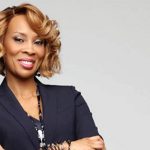