From Sunday evening to Tuesday morning, Chicago had not seen a single shooting, according to police data.

Coming off a weekend that saw one person killed and nearly 30 others wounded, the city suddenly marked more than 24 hours without a gunshot victim.

Before Tuesday morning, the most recent shooting reported in the city was just after 10 p.m. Sunday, when a 17-year-old boy was shot in a parked vehicle in the 2800 block of South Spaulding.

Police said the teen was struck in the leg and was in good condition at Mount Sinai Hospital.

The next shooting reported didn’t occur until after midnight on Tuesday.

Police said a 15-year-old boy was shot while walking around 12:43 a.m. in the 7100 blocks of South Lawndale, leaving him in serious condition at Advocate Christ Medical Center.

Chicago police revealed earlier this month that murders and shootings in Chicago were down compared to October 2018.

The month saw 38 murders in total, a decrease of more than 20% from the same month last year.

“While we will never allow ourselves to become complacent in combating violence throughout our city, we’re encouraged to see our vision for a safer Chicago materialize,” Police Supt. Eddie Johnson said at the time. 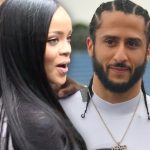 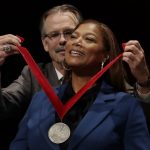