A woman who went viral for her racist rant a few days ago is currently in critical condition after getting hit by a truck.

The woman, who works at  Extended Stay, went on a long racist Rant and started calling everyone around her the N-word.

Here are the video:

According to police and witnesses the woman, Ratchel Dawn Ruit, was struck by an Ashville Fire Department truck in West Ashville

Officers are currently investigating the accident according to APD spokeswoman Christina Hallingse.

“This afternoon at approximately 1:30 p.m. the Asheville Police Department responded to the 800 block of Patton Avenue after reports of a pedestrian being struck in the roadway,”

“Upon arrival officers located a female, known to officers as Rachel Dawn Ruit, suffering from life threatening injuries. She is currently at Mission in critical condition.” 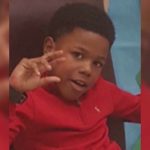 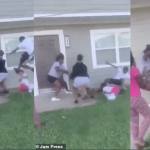