37 year old, Robin Howington is accused of fatally shooting her 5-year-old daughter, then trying to blame the killing on two different men and her 2-year-old son, according to multiple reports.

The little girl was shot in the chest and was rushed by ambulance to a nearby hospital, where she was pronounced dead shortly after arriving.

According to an indictment found by multiple outlets, Howington allegedly tried blaming three separate individuals for the fatal shooting.

At first, reports the Knoxville News Sentinel, which cites her indictment, Howington allegedly claimed a man she did not know found his way inside and shot Destiny once before fleeing in a black Chrysler 300.

WATE-TV reports she allegedly said that the father fled in a white Chrysler 300, the indictment states.

As police searched the surrounding area after the shooting, a gun was discovered stashed in a bush outside Howington’s home.

Police allege that she told them her boyfriend — who is not Destiny’s father — hid the gun there. However, investigators obtained video footage shot by a neighbor that allegedly shows Howington hiding the weapon, reports WVLT-TV, the indictment states.

Detectives showed the footage to Howington, who allegedly admitted stashing the gun in the bush after wiping it down, according to the indictment. She allegedly said she wanted to protect her 2-year-old son, who’d found the firearm in a closet and shot his sister.

The indictment alleges she “did unlawfully kill [Destiny Oliver] during the perpetration of aggravated child neglect.” 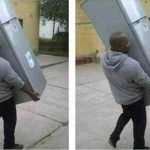 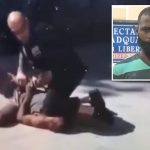