According to The Washington Post, despite having a pretty normal childhood, in recent years Rehan Staton went through a series of personal obstacles that not only caused a strain on his family life but also disrupted his education.

“Things were pretty good until I was 8 years old. That’s when everything went south,” recalled Staton.

“My mom abandoned my dad, my brother and I when she moved back to Sri Lanka. I was probably too young to notice some of the things that happened, but I know it was bad. Things just kept falling on us. My dad lost his job at one point and had to start working three jobs in order to provide for us. It got to the point where I barely got to see my father, and a lot of my childhood was very lonely.”

After several rotator-cuff injuries and a digestive illness took away his goals of becoming a professional athlete, and getting rejected by every single college he applied for, the PG County nativehe decided to begin working at Bates Trucking & Trash Removal in Bladensburg, MD to help support himself and his family.

“The other sanitation workers were the only people in my life who uplifted me and told me I could be somebody,” Staton said of those days when he was waking up at 4a.m every day to transport trash and clean dumpsters.

Once he was given a chance and allowed to attend the HBCU, Staton thrived, earning a 4.0 GPA and going on to become president of a plenty of organizations.

Despite having to juggle his job, his studies and several personal adversities including his father’s stroke, he eventually graduated took a job at the Robert Bobb Group, a national consulting firm. After taking the LSAT and applying to law school, this past March he received his acceptance letter to Harvard. 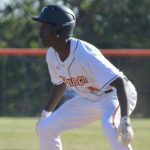 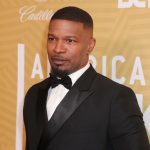