An Alaska Airlines flight was forced to make an emergency landing in Seattle, Washington over the weekend after an agitated passenger jumped up and threatened to kill everyone on board.

According to the Seattle Times video taken during the incident on Saturday shows a man wearing a face mask that cand be seen pacing through the cabin of Flight 422, headed for Chicago O’ Hare, while yelling, “I will kill everybody on this plane unless you accept Jesus was a Black man.”

He is then shown yelling “Accept it” and “Die in the name of Jesus” multiple times as he moves past frightened passengers sitting in their seats though it did not seem he had a weapon.

“The man became extremely belligerent and physically aggressive during the ascent,” an Alaska Airlines spokesperson said, explaining that the flight took off around 11:15 p.m. from Seattle-Tacoma airport and the altercation began just 20 minutes in.

It took three passengers, one of whom was a law enforcement officer, and a flight attendant to finally subdue the man. 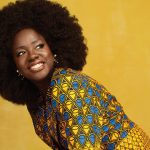 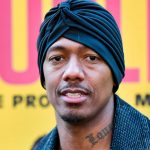