Only 24 hours after news broke that a Black man, Robert Fuller, was found hanging from a tree in the Los Angeles suburb of Palmdale, California on June 12, local outlets are reporting that another Black man, Malcolm Harsch, was found dead in similar fashion less than two weeks ago, on May 31.

38-year-old, Malcolm Harsch, was found less than fifty miles from where Fuller’s body was found. In both cases, local authorities quickly ruled the deaths as suicide, saying no foul play was involved. But community members and the families of the deceased are not convinced, and demand further investigation into the deaths.

Hanging from a tree is, of course, an image charged with the racist history of lynchings and that both men were found dead near city buildings — Robert Fuller, 24, near City Hall and Harsch, near the public library — is raising questions. Fuller’s body was found in Palmdale, known to be a white conservative area with a history of racism.

The Los Angeles Times reports, “Rhe family also said they were told that Harsch, at 6 foot 3, wasn’t dangling from the tree and that there was blood on his shirt. At the same time, there did not appear to be any evidence at the scene to suggest a struggle, they said. They also noted that his body sat at the San Bernardino County coroner’s office for 12 days before an autopsy was performed.”

“Amidst the current racial tension and following the protesting the night prior to his body being discovered we were truly troubled to learn of his passing, particularly of how his body was discovered,” Harsch’s family wrote. “He was an African American male, whose body was found hanging in a tree in Victorville California!”

The family said a deputy who called to confirm Harsch’s death asked about drug or alcohol use, “made a statement about how the coronavirus has ‘hit people really hard’ and said a USB cord was used to hang him.”

“There are many ways to die but considering the current racial tension, a Black man hanging himself from a tree definitely doesn’t sit well with us right now,” Harsch’s family said. “We want justice not comfortable excuses.”

Do you believe this was a suicide?

I personally think not and we need more answers! 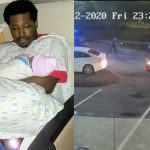 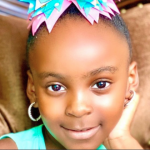