It’s been about 10 days since the May 25 murder of George Floyd at the hand of a racist Minneapolis police officer, during this time massive protests against police violence have taken place across the nation. But while tens of thousands have taken to the streets to express their anger at the systemic racism that has gripped the United States, the usually vocal Kanye West has been surprisingly quiet.

Kanye revealed via a representative that he has donated $2 million so far to charities associated with Ahmaud Arbery, Breonna Taylor and George Floyd and has set up a college fund to cover tuition for Floyd’s 6-year-old daughter Gianna. In addition, the rapper has pledged to cover legal costs for the Arbery and Taylor families. And in his hometown of Chicago, he’ll also be aiding black-owned businesses with financial contributions.

Right after the announcement, West joined protesters to march on Chicago’s South Side. 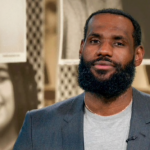 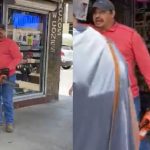