Cicely Tyson has been selected as this year’s Peabody career achievement award recipient.

In recognizing the veteran actress, the Peabody Awards praised Tyson for “transforming how African Americans are considered on and off-screen,” calling her a “foundational figure in the advancement of meaningful programming and social change through her performances.”

Appearing in 23 TV programs and series from 1951-70, Tyson has small-screen credits that include roles in East Side/West Side, Gunsmoke, The Autobiography of Miss Jane Pittman, Roots, A Lesson Before Dying, The Trip to Bountiful, House of Cards, How to Get Away With Murder and Madam Secretary.

She has received three Emmys, a Tony, a Kennedy Center Honor and an honorary Oscar. She was nominated for a best actress Oscar for her role in 1972’s Sounder. 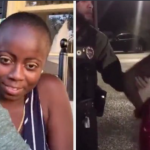