A man who says he recorded the mobile phone video of the shooting of Ahmaud Arbery says he’s received death threats. A police report taken after Arbery’s shooting identified William Bryan is identified as a witness. In an interview on Monday on WJAX-TV, Mr Bryan said,

“I am not feeling safe at all. I haven’t felt safe in at least three to five days now.” “If that’s what they want to do was scare me, they’ve scared me.”

“I had nothing to do with it,” 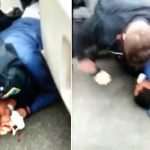 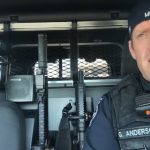