n a statement, Carrollton City Schools Superintendent Mark Albertus said the students’ behaviour was unacceptable and “not representative of the district’s respect for all people.”The racist behaviour observed in the video easily violates this standard,” he said. “They are no longer students at Carrollton High School.”

The superintendent of Carrollton City Schools is promising “serious consequences” for two high school students who filmed and posted a racist video that has since gone viral. The video, initially posted to the social media platform TikTok, appears to show two teenagers using the n-word and making disparaging remarks about black people. It’s unclear when the 50-second video was initially posted, but it has been shared so many times that “Carrollton” was trending on Twitter on Friday morning. Filmed in a bathroom, the students — one boy and one girl — mimic a cooking show as they pour cups of water into the sink.“First we have ‘black,’” the girl can be heard saying as the boy grabs one cup and pours it in. “Next we have ‘don’t have a dad.’ 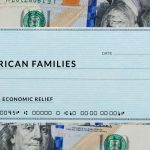 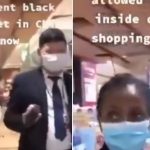