Before the integration of the National Basketball Association (NBA) in 1930, black people who desired to play basketball were all but excluded from the sport. They were not allowed to play on white…

Lawrence O Payne, (b. 1892 – d. 1959), A black lawyer and politician who moved from traditional Republican support to an independent stance, was born in Columbus, Ohio, son of Robert and Madaline (Wittington) Payne. During WWI he served in the Army in France and came to Cleveland after the war. Graduating from Cleveland Preparatory School (1922) he received an LL.B. from John Marshall Law School in 1923. Payne was admitted to the Ohio bar and appointed Cleveland’s first African American assistant police prosecutor.

Payne was appointed to the State Parole Board in 1938; and in 1940, with William O. Walker, formed P. W. Publishing Co., publishing the Cleveland Call & Post. Payne resigned from the Parole Board in 1945 and returned to private practice. In 1924 he married Maybelle Cross. They had no children. Payne died in Cleveland in 1959. 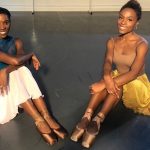 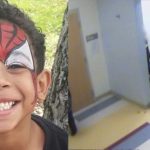