A student has won a payout of £8,500 after she was repeatedly sent home from school because she had afro hair, which teachers told her was against the uniform policy and could block other students from seeing the whiteboard.

Ruby Williams was sent home while trying to study for her GCSEs and, in her Year 11 yearbook, a photo of her from Year 7, in which she had straight hair, was used.

She was awarded an out-of-court settlement after her family launched legal action against Urswick school in Hackney, east London, with the backing of the Equality and Human Rights Commission (EHRC), claiming that she had been discriminated against on the basis of race.

But Ruby’s parents, Kate and Lenny Williams, say the three-year battle has “destroyed” their daughter’s confidence during her vital school years. She missed a lot of lessons amid the dispute.

Ruby, who was 14 at the time, said she felt “humiliated” and “stressed” when she was sent home by the Church of England (CoE) secondary school for letting her afro hair grow naturally. “The reason I was given is that my hair might block someone seeing the whiteboard or teacher,” the teenager claims.

She tried numerous hairstyles to comply with the rules including braids and extensions. But alternative styles were too expensive

“As my dad is a Rastafarian he has always stressed that hair is very important, but it was only after I faced this that I understood what he meant by that,” Ruby told The Independent.

The school altered its uniform policy – which previously said “afro style hair, including buns, should be of reasonable size and length” – in 2017 following a complaint to the governing body.

The policy on the website now says hairstyles should be “reasonable and should not impact on other students” and hair should not significantly cover the eyes as it will “affect learning”.

There are no restrictions on length, but long hair has to be tied back for PE, science and technology. 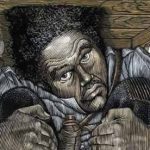 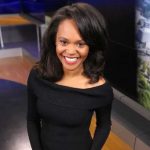