In celebration of its 35th anniversary and Black History Month, this classic is returning to movie theaters for one day only on February 23rd.

The Color Purple was released in 1985 and earned 11 Academy Award nominations, including Best Picture, Best Original Score, and acting nominations for Goldberg, Winfrey, and Margaret Avery.

It was Winfrey’s first film role and Goldberg’s second; they were 31 and 30, respectively, when the film debuted.

Goldberg went on to score the prestigious EGOT distinction, earning two Emmys, a Grammy, Oscar, and Tony Award. Winfrey became, well, the Oprah that we all know, and starred in acclaimed films like The Butler and Selma. She also produced the Broadway adaptation of The Color Purple, which opened in 2005, as well as its 2015 revival featuring Jennifer Hudson, Danielle Brooks, and Cynthia Erivo.

Are you excited about the rerelease of The Color Purple? 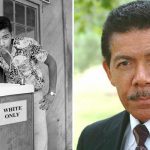 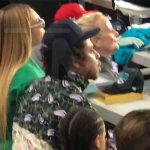