32 year old, Brittany Noble, a former news anchor at WJTV, a local station in Jackson, Mississippi, has been fired after filing formal complaints about discrimination in the workplace.

Noble mentioned many incidents in which she felt targeted because of her race, including one about her wearing her natural hair.

“After having my son, I asked my news director if I could stop straightening my hair,” she wrote. “A month after giving me the green light I was pulled back into his office. I was told ‘My natural hair is unprofessional and the equivalent to him throwing on a baseball cap to go to the grocery store.’ He said, ‘Mississippi viewers needed to see a beauty queen.’”

Noble continued, “When I asked him how I should address the change on social media he told me to write ‘I was told to change my hair back to the way it was because that’s what looks best.’”

The 32-year-old also claimed that many of her pitches about race were rejected because they were “not for all people.”

“When I pitched stories about race in Mississippi, I was told the stories “are not for all people,” Noble recalled. “My boss constantly complained about the ‘types’ of stories I pitched and shared on my personal social media accounts.”

Noble filed several discrimination complaints with Nester, the news station’s parent company. When that didn’t appear to be working, in April 2018 she got the Equal Employment Opportunity Commission involved.

“The internal harassment got so bad that I made several trips to the EEOC department begging for help. They finally took my case but warned me I would get fired. “

Noble said she was fired in May 2018 and that her cause is currently on hold because of the government shutdown. 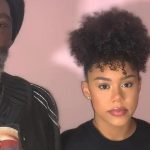 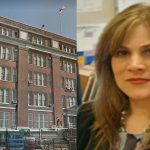