Former ballet dancer Aesha Ash, Grew up in inner city and that did not stop her from fulfilling her dreams to be come a ballerina.

At the age of 13 she was accepted into the school of America ballet and joined New York city ballet when she turned 18.

Aesha is no longer performing since she retired in 2008, she now wants to use her experience and help other African-American girls to realize that they can also be what they want to be and pursue their dreams.

In 2011 she set up The Swan Dreams Project which aims to promote the art of ballet in these neighborhoods in order to change stereotypes and misconceptions about black women.

She recalled how clichéd and uninspiring images of women were in her youth so she decided to take pictures of herself in a tutu all over Rochester.

I remember growing up and in the bodega you’d see images of girls in bikinis on motorbikes.

I wanted to replace those with photos that show women of colour in a different light. 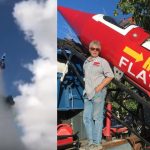 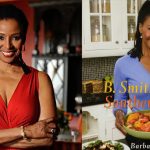