1849 Henry “Box” Brown mailed himself to freedom from Richmond, Virginia to the Anti Slavery Office in Philadelphia. The delivery took 26 hours and he later became a public speaker, abolitionist and first man to hit a “lick” with the box #BlackHistoryMonth

Brown was born a slave in Louisa County, Virginia in 1815. He was sent to Richmond to slave in a tobacco factory at 15. His life was filled with long hard work and drudgery. The loss of freedom prevented him from living with his wife, Nancy, who was owned by a slave master on an adjacent plantation.She was pregnant with their fourth child when, in 1848, he heard the tragic news: Nancy and his children were to be sold to a plantation in North Carolina. He watched over 350 slaves in chains walk by him, including his wife with their unborn child and three children. He was helpless to save them. Months after mourning his loss, Henry decided to escape from slavery. His faith in God inspired him to put together a plan to escape.

The plan that Henry envisioned was for himself to be shipped in a box by rail from Richmond to Philadelphia, a very creative, unique, and dangerous endeavour.

Samuel Alexander Smith in turn contacted James Miller McKim, a White abolitionist and seasoned member (along with William Still) of the Philadelphia Anti-Slavery Society. Samuel Alexander Smith shipped Henry by Adams Express Company on March 23, 1849, in a box 3 feet long by 2 feet 8 inches deep by 2 feet wide, and sent the box as “dry goods.” Henry Brown traveled in the box lined with baize, a coarse wool cloth, carrying with him only one bladder of water and a few biscuits. There was a hole cut in the box for air, and it was nailed and tied with straps; in large words, “This side up” was written on the box. Brown traveled by a variety of wagons, railroads, steamboats, ferries, and finally, for added safety, a delivery wagon that brought the box to the Philadelphia Anti-Slavery Society before daybreak.

During the 27- hour journey, the box was turned upside down on several occasions and handled roughly. Henry wrote that he “was resolved to conquer or die, I felt my eyes swelling as if they would burst from their sockets; and the veins on my temples were dreadfully distended with pressure of blood upon my head.” At one point, Henry thought that he might die, but fortunately two men needed a place to sit down and, “so perceiving my box, standing on end, one of the men threw it down and the two sat upon it. I was thus relieved from a state of agony which may be more imagined than described.” The box with Brown in side was received by William Still, James Miller McKim, Professor C.D. Cleveland, and Lewis Thompson. Upon the box being opened, Brown said, “How do you do, Gentlemen?” then recited a psalm: “I waited patiently on the Lord and He heard my prayer.” He then began to sing the psalm to the delight of the four men present, and was christened Henry “Box” Brown.

All, however, was not well for Henry “Box” Brown. He was being criticized over finances and for not trying harder to purchase his own family. Thus, Brown left the abolitionist circuit completely and embraced English show business for the next 25 years. He married in 1859, and in 1875, accompanied by his wife and daughter Annie, he returned to the United States. He performed as a magician and continued to climb into his original box as part of his act throughout the eastern United States. 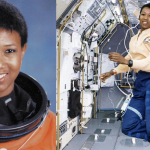