During the press run to promote his forthcoming film, Bad Boys for Life, Will Smith explained his past feelings about Tupac Shakur and Jada Pinkett Smith’s close friendship before the rapper’s passing.

Speaking with The Breakfast Club on Monday (Jan. 13), Will Smith’s portion of the interview took a personal turn after being asked if he was ever jealous of Jada’s love for Tupac. The 51-year old rapper-actor answered the question honestly, detailing his struggles with accepting the closeness between childhood friends.

“Ahh, fuck yeah,” he began. “Oh my God! Dude! And that was in the early days. And it was like—that was a big regret for me too cause I could never open up to interact with ‘Pac. You know, we had a little bit of a thing because they grew up with each other.”

Smith went on to admit that he never managed to speak to ‘Pac while the West Coast rapper was still living.

“They loved each other but they never had a sexual relationship. But they had come into that age where that was a possibility and then Jada was with me,” Will said. “So, ‘Pac had a little thing on that. But she just loved him. He was the image of perfection but she was with the Fresh Prince. We were in the room together a couple of times, I couldn’t speak to him. And he wasn’t gon’ speak to me if I wasn’t going to speak to him.”

Will and Jada have been married since 1997 and Jada has given birth to two children with Will. Will and Jada originally started dating in 1995 before Shakur was shot killed the next year. 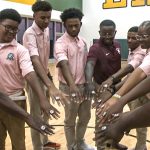 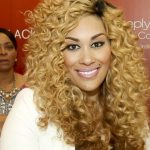