Meet Jeannine A. Cook, a South Philly resident and owner of Harriet’s Bookshop.

Jeannine came close to accomplishing her dream as owner of a bookstore about three prior. Although she signed her lease for a space and began renovation.the building suddenly burned down.

Distraught, Cook held back and returned to her career as a Teacher at Yes Philly.

Although she loves her work, a friend forwarded an email from 10 years ago. In the email, Cook spoke of her love for writing, and promised she’d open a bookstore one day.

“I was like, ‘Oh my gosh, I’m not following my dreams,’” Cook told Billy Penn. “Look how long I’ve been crying the same tune.”

She discovered a vacant store on Fishtown’s bustling Girard Avenue corridor. The landlord didn’t mind taking a chance on an independent brick-and-mortar, so Cook signed on. She named her business after Harriet Tubman, who she said she’s been obsessed with since third grade.

Harriet’s Bookshop opened at 258 E. Girard Ave. at the beginning of January. It’s been a hit ever since. Half the opening stock sold out within two weeks.

“One of my mentors was just like, ‘Girl, you are so crazy. You know you can’t open a bookshop in Fishtown. You’re Black,’” Cook recalled. “And I was like, ‘You know who else been told that? Harriett Tubman.’” 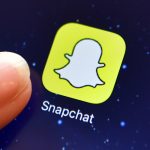 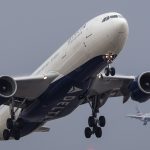