Dr. King was always a smart man, He skipped high school and began college at Morehouse College at the young age of 15. Dr. King received his B.A. degree in 1948.

MLK was ordained and served as a co-pastor at Ebenezer Baptist Church in Atlanta, GA. It happens to be the same church his father and grandfather pastored.

He was arrested almost 30 times with false charges, even jailed for driving 30 miles per hour in a 25 mile per hour zone. Dr. Martin Luther King Jr. was killed on April 4, 1968, in Memphis, Tennessee. He was standing on the balcony of his motel room, where he was preparing to lead a protest march for garbage workers who were on strike. James Earl Ray pleaded guilty to the assassination.

The national holiday is celebrated every third Monday in January. 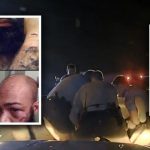