Michael Blake, a North Carolina State Highway Patrol trooper, will get no jail time after taking a plea deal in the 2018 beating of Kyron Hinton.

Blake is part of an indictment with assault charges which said he and another trooper hit Hinton in the head with their flashlights during an arrest that took place on April 3rd, 2018. After video showed him and two other law enforcement officials beating Hinton with their flashlights, Blake lost his job.

At first, Hinton was charged with disorderly conduct, resisting a public officer, and assault on law enforcement animal, but the Wake County District Attorney’s Office dropped those charges on May 7, 2018.

Hinton was taken to the hospital after the beating and received an $83,000 settlement from the Wake County Sheriff’s Office following an investigation months later.

The day after he received that settlement, Hinton died. The medical examiner identified Hinton’s cause of death as cocaine toxicity and homicide.

Because Hinton died, the district attorney feared convincing a jury to find cops guilty of assault might be difficult without a star witness. So instead she went after the officer’s law enforcement credentials.

“We believe that is an appropriate outcome to this matter,” said Lorrin Freeman, Wake County District Attorney.

Blake took a guilty plea to two misdemeanor charges of willful failure to discharge his duty and in exchange, the assault charges were dropped.

The former cop will serve no time behind bars. Instead, a judge gave Blake a 45-day suspended sentence and 12 months probation. Blake also has to relinquish his law enforcement certification. 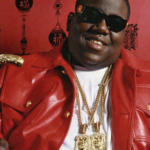 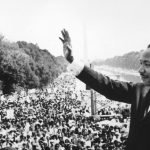